After 19 games the Texas Rangers (as of today) are 15-4! Just in case you haven’t noticed that is the best record in all of the Major Leagues.   Honestly, after what happened in Game 6 of the 2011 World Series*, I’m more than a little surprised. 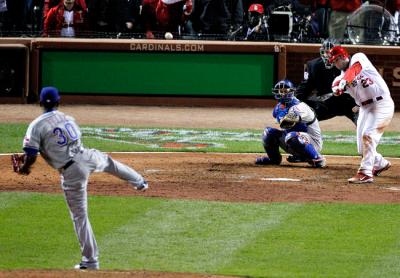 Losing Game 6 and then the World Series was so utterly heartbreaking that I was expecting the team to need a year to put it behind them and move on. Even now, if I stumble across replayed highlights of the game I have to change the channel.  The memory is still to painful, and I assumed the Rangers would suffer from some sort of Game 6 hangover. Apparently I was wrong.

Clearly they have forgotten Game 6 and moved on from that devastatingly painful night.

That’s why these Rangers are an amazing illustration of Philippians 3:13-14

13 Brothers, I do not consider myself yet to have taken hold of it. But one thing I do: Forgetting what is behind and straining toward what is ahead, 14 I press on toward the goal to win the prize for which God has called me heavenward in Christ Jesus.

Many of us know these verses and can even quote them, but for so many Philippians 3:13-14 is all about “straining toward” and “pressing on” which really becomes code for trying harder and working more.   In the end, we are so busy straining and pressing we almost completely ignore the idea of forgetting.  But we shouldn’t because that is how Paul begins the whole thought, “Forgetting what is behind…”

Somewhere in our past we all have a Game 6, a devastating mistake, a heartbreaking failure that fills us with the cold ache of regret.  Our problem isn’t that we have a past,  it’s that we don’t forget it.   We end up shackled to the guilt, and tangled in the shame of our old lives.  Too often the shadow of our past hangs over us so that our “straining toward” and “pressing on” is really just an effort to make up for when we fell short.

Paul had his own history of Game 6 meltdowns, but he knows that in Christ we aren’t defined by our past.  When he penned “Forgetting what is behind…” he was reminding us that there is nothing we can add to what he has already done, nothing we can give that would equal his sacrifice. Through the cross God dealt with our sin with such ferocious finality that the only thing left for us to do is turn our back and leave it behind as we strain toward what is ahead and press on toward the goal.

But it starts when we forget what is behind.

*In case you don’t remember in Games 6 the Rangers were one strike away from winning the World Series, not once but TWICE in the same game only to lose the game and ultimately the series.

The moment came and went silently, no one noticing that we had turned a significant page in the story of our family. No one comprehending that everything had suddenly changed and that life between us would always be just a little bit different. I’m not sure how long it had been before it occurred to me that this monumental moment had passed unnoticed, but when it did I began to search my memory,  trying desperately to find it again so that it could be properly recorded and remembered in the way milestones like this deserve. But no matter how hard I tried I could not find it again, I could not pinpoint the exact minute it happened. Realizing that I had carelessly let this moment slip by made me both sad and angry, upset that I tossed this one event into the pile of other meaningless memories that I had collected through the normal course of the day.

What was this forgotten moment?

It was the last time I ever held Jake.

Let me assure you this wasn’t the result of a thoughtful decision, this was not a day we circled on the calendar. It just happened without thought or plan, without understanding or intention. Believing there would always be another opportunity I simply lowered him to the ground and we moved on to the next stage of our relationship without recognition or fan fare. Last month Jake turned 12, and 12 year olds aren’t much for being held. Even if he wanted me to it has almost become a physical impossibility.  With some effort I can still get him off the ground, but the days of a daddy effortlessly scooping up and holding his little boy came to an end somewhere in our past and, for the life of me, I cannot remember when it happened. Today my little girl turns six and we move even closer to repeating that same sad moment, but we are not there yet.

She still looks up and asks, “Daddy will you hold me?” and knowing how temporary it all is  I have made a commitment to pick her up and hold her for as long as she will let me.

So yes, Elle, I will hold you. I will hold you for as long as I possibly can. Because one day, without either one of us knowing it, I will pick you up, hold you close, and then casually put you down for the last time. 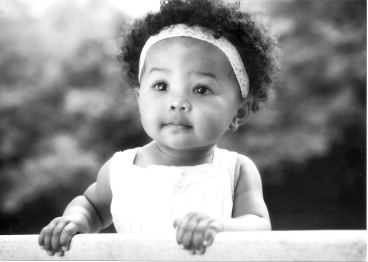